The Good And The Bad

The 4L60E can be classified into both an early version as well as a late version. Given such, the differentiation occurred in 1996. With many variations, the easiest to recognize externally is the removable bell-housing found on the late model 4L60E transmissions. As the arrived in 1996, it was not fully created in until 1998. With this transmission not as widespread as it once was, there are still some applications that GM uses for this 1998 transmission. This transmission can still be found in light-duty van applications and even in the overseas market in the Holden Commodore.

Why Is The 4l60e A Bad Transmission? Is It The Worst Ever Made?

Another 4L60E owner added: “The 4L60E is as common as the TH350 except it is newer and bigger. No, its definitely not the most defective transmission on the road. Most all vehicle manufacturers have their “Problem children”. When I was at the Oldsmobile GMC dealer back in the 80’s it seemed that all I ever worked on was the 440T4. They would be lined up out the door and I made a ton of money on them. They were replaced by the 4T60 and 65E’s. Aftermarket has pretty much taken over with the 4L60E’s much like the TH350’s. There are aftermarket parts I prefer to use in my overhauls of these. GM had some design flaws in these which got corrected by GM and the aftermarket. I, personally would rather have a fresh built HD 4L60E any day than some of these newer models coming on the market.”

How Can I Tell If My 4l60e Transmission Is Bad?

When it comes to troubleshooting the 4L60E, you have to keep in mind that the automatic transmission (4L60-E) in your rear wheel drive GM vehicle will usually experience failure in one of two ways:

The Transmission Will Begin Slipping

Transmission Fails to Shift Out of Gear

How Long Do 4l60e Transmissions Last?

Different 4L60 owners offer their perspective on the longevity of the 4L60e transmission:

“It really depends who you ask. Some say it's on borrowed time, and others will say it will be fine as long as it shifts good and all. I'm somewhat in the middle. I'd be a little hesitant, but I also wouldn't be terribly worried of I drove it and it felt good with no slippage or harsh shifts.” 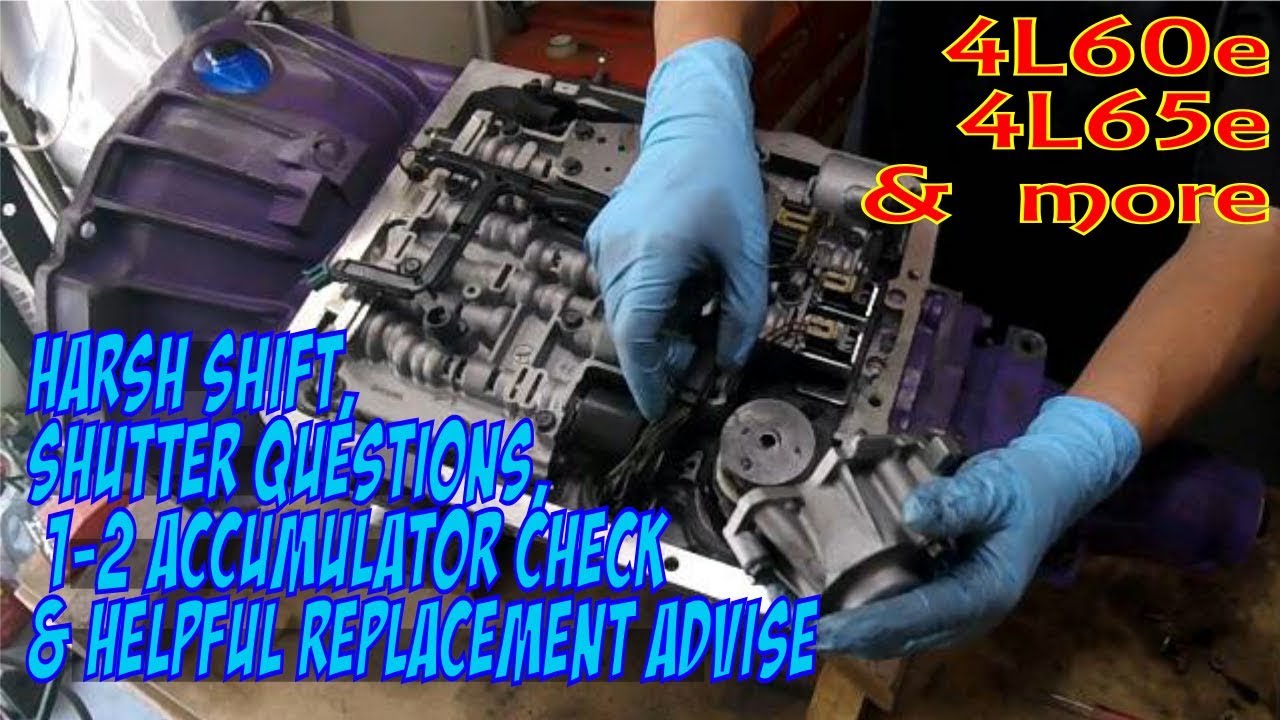 “To answer it in short, I took [$2000] put it aside for the [transmission], learned over the fourteen years I’ve owned it, [that it’s a matter of not if, it’s when]. [I changed] the fluid regularly and found adding a bottle of Lucas non slip is the best thing. Typically [I] think most that stuff is snake oil but I’m telling you it works, keeps solenoids from sticking too. Memberpress. I do it yearly. Don’t use [overdrive], unless you’re going over 60, you’ll get the same mileage and won’t be wearing the 3-4 out. I drive it easily in 1st till its in 2nd then slowly give it more throttle. Driving it hard that 1-2 shift seems to shorten life How do I know, I’ve been through 5 of these. Just my opinion. [My first transmission] lasted less than 100 miles. [The] last one lasted close to 100k [miles]. Seems most of these around 40-50 can go.”
Hope you make 300k. [If you do, I would be] shocked. Go easy on them they aren’t all that great, [in my opinion].”

“I would be more interested in the number of shifts before failure. Wear in a transmission in my opinion- mainly occurs during shifts. Once the transmission is in a gear it should see very little wear. Towing and heavy abuse increases fluid temps and reduces lubrication resulting in more wear during shifts. Yes, clutches wear but that is mainly when they slip during application and release. So, to just go off mileage alone is probably not the best way to judge. A 4l60e that has 300k miles from towing between the coasts could be in better shape than one with only 50k miles on it that was stop and go with thousands of shifts per day.”

What Is the Difference Between A 4l60 And A 4l60e Transmission?

The biggest difference between the 4L60 and 4L60E is how both are controlled. For 4L60E control comes from a computer. For the 4L60, control comes form a TV cable. With one being controlled by computer and the other not, there are compatibility issues that the two have.

If you tried to put a 4L60E transmission in the place where a 4L60 once resided, prepare to buy an aftermarket transmission controller so that you can control it.

If you don’t, it will not know when to kick down, when to shift or the speed of the vehicle. The 4L60 transmission would require a custom bracket to hook into the TV cable properly. Additionally, when comparing both transmissions, they don’t also don’t have the same geometry for engaging the torque converter. As a result, you will need torque converters to accomplish engagement.

Similarities Between The 4L60 and 4L60E Transmissions

Sure, the 4L60 and the 4L60E have some differences, but there are some things that they share. Some of the similarities include:

Below is a partial list of some of the most common 4L60E transmission problems:

Slipping, Slow or No Reverse Available

Many owners find that the “lo-reverse” clutches are beat up or worn out. There is also a fluid leak located in the reverse apply circuit. Additionally, there is a broken sunshell.

The 1-2 shift is harsh and delayed

Not only do 4L60E transmission owners experience a delay or harshness in 1-2 shift, but there have also been reports of an inability to shift into overdrive.

The 3-4 Clutches Are Not Working and Quickly Worn Out

The 3-4 clutches are reportedly quick to wear out. So, as a result, they will need to be rebuilt after being removed. You can drive the car safely in 2 till you can get to a mechanic.

Sell Your Car with the 4L60E Transmission Problems!

Tired of getting that car fixed and trying to remedy those 4L60E transmission issues? Sell that problematic car to Cash Cars Buyer! We buy all makes and models of General Motors cars- including those with 4L60E transmission issues! You can obtain your FREE online quote hereand call us to get a guaranteed offer on your GM car! Our GM car buying services are FREE and you never have to pay to have your GM car towed away!

1. What Type of Transmission Fluid Does The 4l60e Use?

The recommeded transmission fluid for the GM 4l60e is Dexron 3 / Dexron 6 / Dex Merc.

Since its release in 1993, Dexron 3 (Dex III) was the recommended transmission fluid for the 4l60e. Overtime however, Dex III was phased out and GM released Dex VI in 2005. While Dex 6 is designed for newer vehicles and transmissions, it is backwards compatable with Dexron III transmission fluid.

Eventually, Dexron 3 was combined with Mercon and became Dex/Merc, which is the modern recommeded transmission fluid for 4l60e transmissions.

2. What Is The 4L60E's Fluid Capacity Dry, With Torque Converter, With Deep Pan?

The fluid capacity of the 4L60e is 12 quarts of transmission fluid (dry). This amount is based on a stock, “shallow” transmission pan with a 12″ torque converter. With a deep pan, the capacity of additional fluid can vary from an extra quart or more.

Flushing a transmission, even the 4L60e is a sensitive subject. Best practice is to do a fluid flush on your 4l60e as long as that has been routine maintenance. If not, then a simple fluid and filter change would suffice.

As we’ve already pointed out, the best transmission fluid for 4l60e transmissions is any high quality Dexron 3 or Dexron 6.

We often get asked how often should I service or change the fluid in my 4l60e? Often, anywhere from 30-50,000 miles is acceptable, depending on usage. If your vehicle only sees highway miles, then you can wait to change your fluid when you are at the higher end of the spectrum.

If you see a lot of stop and go traffic, tow, or race, you should certainly replace the fluid in your 4l60e every 30,000 miles. If your fluid is dark and or has a burning smell to it, then it is past due, and you may have bigger problems on your hands.