Here is 4 step guide on how to fix Logitech G hub no Devices Detected.#Logitech-­-My Configuration:CPU. Logitech gaming mouse G600 software download is going to provide users with total gear control for their Logitech G600 mouse. It is an advanced single portal software, allowing users to customise all their Logitech G peripherals to unleash their optimum best at one place. In this case, the game will be launched on the first computer, the broadcast goes to the second computer, but on the second computer, the Logitech G mouse with scripts will be connected and this is 100% anti-cheat protection. G HUB is a new software platform from Logitech G that lets you fine-tune control of your hardware, customize lighting, use your hardware with third party apps, and more - all with an easy to use interface that’s built for future products. 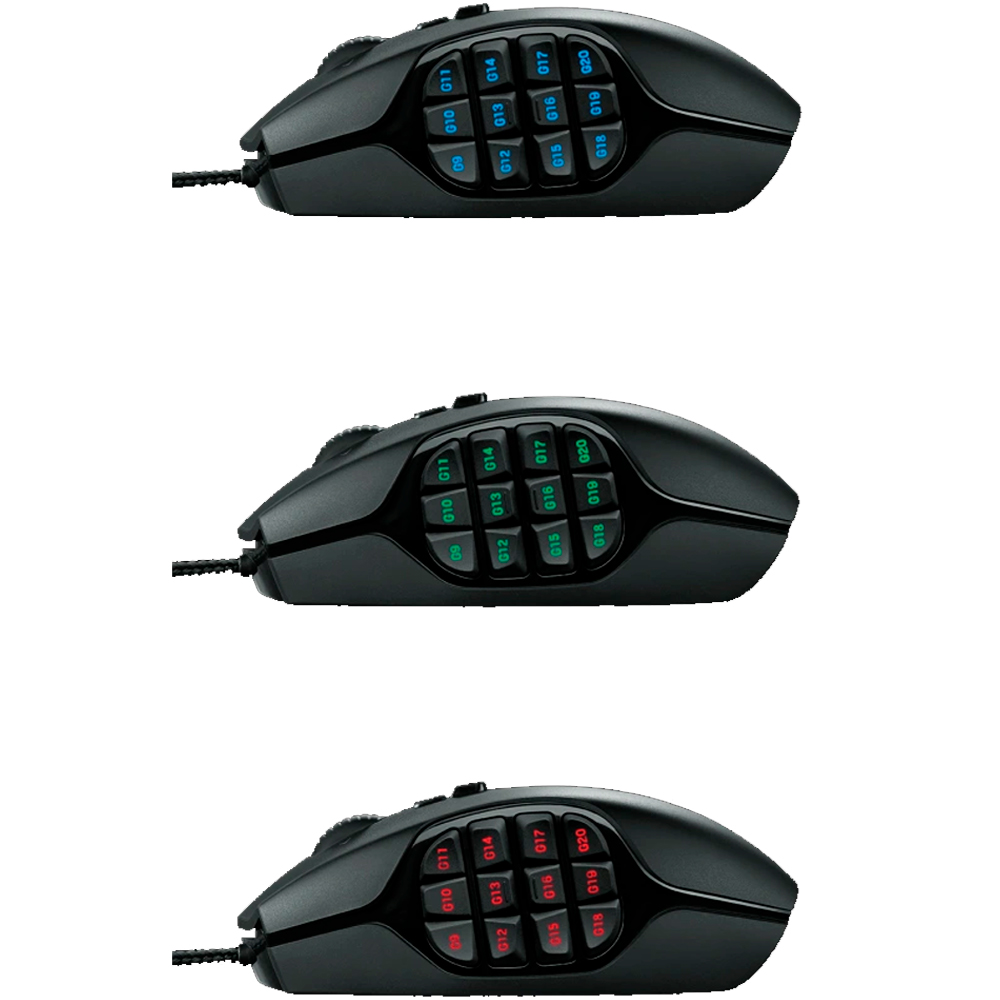 It's no secret how capricious Logitech G programs are, below we have collected information for you on various difficulties with using programs or scripts.
1. Current active profile. Clicking on the profile name will take you to the Profile Manager
#Note;

The lock symbol indicates if the profile is set as persistent. Meaning it will be active for all applications. You set a profile as persistent in the G HUB Settings
Scripting Install
Scripting can be added to a profile from the Games & Applications window. Scripts are not profile specific and can be applied to any profile.
1. Select the profile you want to add scripting to
2. Click the Scripting icon
#RECOMMENDATION;
For safe use do not install the script in the game profile , only in desktop!
How the set it up, see here.
1. ACTIVE LUA SCRIPT Select a script from the drop down menu to run with your profile. If you do not want a script select NONE. +CREATE A NEW LUA SCRIPT will allow you to create new script.
2. CREATE A NEW LUA SCRIPT Click this box to create a new script.
3. Click the crosshair to take you back to the Games & Applications tab.
1. Script Name Type a name for your script here.
2. Enter Script Description. Use this text box to add a description for your Script.
3. EDIT SCRIPT Click this to take you to the script editor.
Script Editor
When you click EDIT SCRIPT, the Script Editor will open. There are 2 parts: the main scripting area and the Output.
The 3 lines in the script editor will always be there by default. In the menu bar you will see 4 tabs:
● Script. Save, Import (a Lua file), Export (as a Lua file) and Close.
● Edit. Standard editing options: Undo, Redo, Cut, Copy, Paste, Delete, Find Text, Select All and Clear Output.
● View. Show/hide Line Numbers, Output and Text Highlighting.
● Help. Click Scripting API to take you to the Overview and Reference Guide for G-series Lua API.
1. You can add a script via the SCRIPT-IMPORT menu or by directly COPY-PASTE code.
2. In order for the script to work don't forget to save it via the menu SCRIPT-SAVE or 'CTRL' + ' S'.
You will notice that whilst you have the Script Editor open, that G HUB will have a warning message: Close LUA window to save script. Once the Script Editor is closed, the warning will disappear.
Congratulations! Now you can use our scripts LUA for your mouse Logitech G!
Expanding
To expand the functionality of the mouse use G-SHIFT. Since most of the buttons are used to activate weapons use G-SHIFT function to leave different standard functions.
Set a specific button to the G-SHIFT function switch to the settings mode G-SHIFT and set new button values. And when you hold down the programmed G-SHIFT button, the functionality of the mouse can be significantly expanded.
How to install the script Logitech G *.lua in Logitech Gaming Software?
Axial scripts for recoil control, add only to the profile. Scripts are work through Logitech Game Software emulating mouse movements!
Standard macros do not support axial displacement to control recoil!
Make sure On-Board Memory switch into position Automatic Game Detection.
Next, go to setup Mode Buttons and Profiles of the mouse. The script will be installed in the profile in the bottom right corner of the profile click on the arrow and select the Scripting. Scripts are added via the menu item Script > Import or by simply copying the contents of the script CTRL + V. Remains to save the script to profile memory by pressing the buttons CTRL + S.

Do not link the profile to the executable file of the game exe, for example: 'RUST.exe'
For the RUST game do not open the script window when the game is running

For information on Activation/Deactivation script, see the description of the script.
Important terms and conditions for correct and safe operation
Run Logitech Gaming Software or GHUB programs as an administrator, as well as set the program priority to 'High' in the 'Task Manager'.
Use only one profile in GHUB / LGS programs.if you have a lot of them, delete or disable them.The GHUB program is buggy and may not work stably, which will affect the work of scripts that work in spurts, and you need to reinstall GHUB.In Windows 10 version 2004, you may need to increase the mouse sensitivity settings in the game, but if the change does not help, you must install Windows 10 version 1909, 1903 or lower (Check the version by pressing the Win and R keys and run the 'winver' command).In order to install LGS, you need to uninstall GHUB with a reboot, after installing LGS, you can install GHUB.For wireless mice, you must connect the wire, and for G304, G305, G603 or other similar mouse to which there is no possibility to connect via wire, the scripts may not work correctly (buy at your own risk).For the G600, use only the GHUB program.If you set the side mouse buttons to other programs, As for example, conflicts can occur scripts, you must disable such settings.

If you create a profile for the game in Logitech Gaming Software or in GHUB and specify the path to 'EXE' in the profile, for example, for the game RUST to the game file - RUSTCLIENT.EXE the possible banned.

Therefore, you create a profile without specifying the path ' EXE ' to the game files and load the script into an empty profile. But, anti-cheat is developed, so you buy at your own risk.There is a reliable way that you will never get banned 100%, but you need another computer to do this. STEAM has a 'REMOTE PLAY' function, which was previously called 'Home broadcast'. In this case, the game will be launched on the first computer, the broadcast goes to the second computer, but on the second computer, the Logitech G mouse with scripts will be connected and this is 100% anti-cheat protection.

The world famous for macro users Russian coders with a huge experience in creating scripts to compensate recoil in complex online games. Familiar to all by the first axial macros no recoil for games CS:GO and Battlefield.

Russian nuclear scientist with experience in creating A4tech / Sharkoon scripts for any online games. Specialist in games Warface, PUBG, RUST and others.

All the products are created with meticulous attention to accuracy, recoil control with maximum adjustment. Macros are repeatedly checked for a maximum shooting accuracy in games at maximum graphics settings.

Specialization macro mouse A4Tech X7 Bloody Sharkoon and Logitech G. Expected the finalization of beta software for Razer! Possible macro with the limits for a Cougar and Corsair.

All payments protected by Paypal, trading platform with protection from theft of payment data.

All the macros packages are located in the digital market sellfy.com and oplata.info

Digital market oplata.info - check and protection of products against viruses!

Description strictly corresponds to the content in the products.