You may think you are doing your patients a favor when you write off their copays for your providers’ services. But you may hurt yourself badly in the process if you do.
That’s because your practice’s generosity in waiving a patient’s financial responsibility may be violating the terms of your contract with a private payer, which could permanently affect current and future reimbursements from that payer. And if that patient happens to be enrolled in Medicare or Medicaid, you could be found guilty of a felony, punishable by up to five years in prison, a criminal penalty up to $25,000, an administrative penalty up to $50,000, triple damages, and permanent expulsion from the Medicare and Medicaid programs.
That’s a risk no practitioner should be willing to take. So, before your office writes off that next patient out-of-pocket expense, make sure you understand the wrong, and the right, way to help out your patients without hurting your practice in this thorny medical billing situation.

What’s the Problem With Waiving Copays?

Simply put, when your office dismisses patient copays or deductibles, you are undervaluing your services, which in turn makes it difficult for a payer to enter into a fair and equitable contract with you. In addition, payers use copays to dissuade patients from overusing services. Payers may view waiving patient charges as an incentive for patients to use more services, increasing costs for the payer that will inevitably be passed on to the consumer and to you.
As private payers regard charging copays as part of the contract your provider has entered into with that payer, waiving those payments without the payer’s agreement could mean you have breached your contract with that payer. This could result in a costly civil lawsuit between you and the payer, which could conclude with your offices paying damages to the payer and losing any other contracts you may have with that payer.
And if that isn’t bad enough, such a seemingly innocent gesture could result in your unwitting violation of several statutes, most notably the anti-kickback statute (AKS), if you do it for your Medicare or Medicaid patients.
Ramones shazam. Essentially, waiving copays and deductibles can be seen as a bribe, the intent of which is to induce the patient to accept services from your provider rather than seek them elsewhere. If that is the intent, and your office is found guilty of such misconduct, you could find your office on the receiving end of the punishment outlined above.

Be Aware of These Other Possible Violations

Most patients now deal with health insurance that features either a high deductible or coinsurance – or a combination of both. Deductibles and coinsurance do not negate monthly premiums, though; they are paid on top of them. Deductibles – A deductible is the amount of money a patient must pay out-of-pocket before their insurance pays. When patients don’t want to make their co-pays Many patients do not understand that their insurance company’s reimbursement does not cover the full cost of care. Next time a patient says he doesn’t. If you do, you are obligated to pay it. – Many patients claim that their earlier doctors never collected a copay from them so they think no doctors should expect to collect copays. First, doctors will think they are lying. Second, if they are not, those other doctors are guilty of.

There could also be a lot more at stake if your office decides to forgo charging a patient for copays and deductibles.
Thanks to the Affordable Care Act, AKS violations are subject to further penalties (between $5,500 to $11,000 per claim plus repayment of improperly received funds) under the False Claims Act.
Additionally, your provider could also be guilty of breaching the Civil Monetary Penalties Law (CMPL) if the arrangement with a Medicare patient is seen as influencing the patient to order specific healthcare services or medical items from your practice or another provider recommended by your office. And if the purpose of waiving a patient’s out-of-pocket expenses is to attempt to influence the patient go to another provider, such as a specialist that your provider has a professional relationship with, the consequences could be even worse, and your provider could be guilty of a Stark Law violation.

Protect Yourself by Knowing the Exceptions

The penalties for forgiving copays may be daunting, but they shouldn’t deter you from aiding your financially challenged Medicare and Medicaid patients when the circumstances arise. That’s because there are exceptions built into the AKS and the CMPL that allow you to forgive copayments providing you can prove a patient’s financial need.
You’ll also need to be able to prove that the waiver is not a part of any attempt to influence your patients to seek treatment, medical services, or medical equipment from you or a provider your office has a relationship with. And you may also need to demonstrate that your office does not waive your patients’ out-of-pocket medical expenses on a regular basis.
This means your practice should post a policy that clearly states the circumstances under which you will, and will not, forgive a patient’s medical bills. And for individual patients asking for such waivers, you should add documentation in a patient’s file that the patient’s financial circumstances merit the waiver and that your office granted the waiver per your established policy.

How To Get Patients To Pay Their Copays 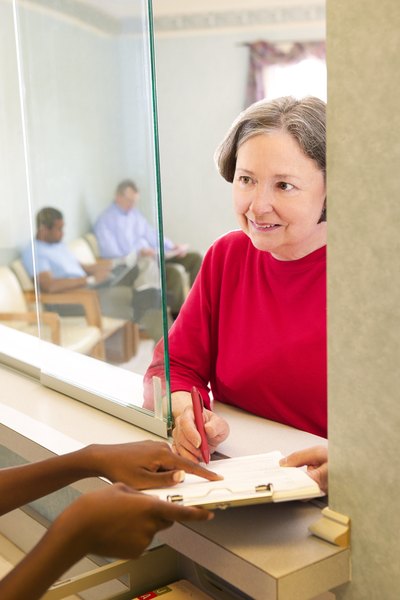 What Happens If You Can't Pay A Copay

§ How To Clear Ram Cache In Ubuntu