Lighthouse Real Estate is a well Established Real Estate Since 2007 we own and Manage 250 Regions ( Homestead and Regular ones) Your Dream Land start with us we have what you seek ( Full Prims Regions, Homestead, Commercial lands, Residential, mix lands) If you need any assistance please visit our store and contact of our staff: Location. 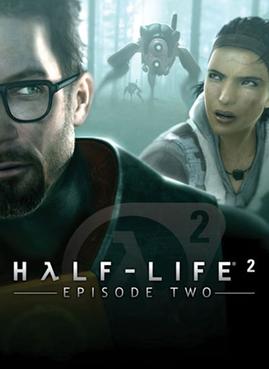 You may have thought that Philip pulled the name “Second Life” out of the aether, and maybe he did, but he wasn’t the first. Today I was reading about a Polish sociologist named Adam Podgorecki, and the Prok bells in my head went off. Here is why. Podgorecki, banished to Canada (can it get any worse!) by the Polish communists, did a study of Polish prison life, and he referred to the emerging prison culture as “Second Life.” So you see, Second Life was really prison life. But surely that Second Life was different from *our* second life! Well…

Podgorecki’s study noted a strong caste system with special coded languages that only elite members were allowed to use. Here is a little summary that I pulled from Prisoners in Prison Societies by Ulla Bondeson, p. 30.

Under the leadership of Podgorecki, several studies were made of Polish institutions from 1969-1971, revealing a similar picture of the inmate subculture.

“…they could delineate a very sharp division of inmates into two clearly dichotomized basic categories, which in juvenile argot and local terminology are called “ludzic” (people) in plural form (cztowick, “man,” is singular) as the dominant “caste,” and “frajerzy” (“cad,” slaves, or clumsy) referring to the subordinate “caste”. The people [ludzic] were found to have their special language and a highly indigenous set of magic, customs, and taboos. Slaves are not permitted to communicate with people in the normal course of daily events, and they are never supposed to use the code of the people [ludzic] in communication with each other.”

Of course the Prok bells went off because of Prok’s claims about an elite class of users in Second Life and their elitism driven in part by their having access to and knowledge of “the code” — in this case computer code. So I got to thinking. In prison ,the code had to be invented by the elites (Progorecki called it an “anti-language”). No doubt the “magic, customs, and taboos” were invented too. My question is this: could Second Life and the interwebs be the ideal enabling mechanism for the creation and establishment of elite classes? — Digeratti or FIC or whatever we wish to call them? More to the point, is it the case that far from being a leveling mechanism new technologies (magic to the outsiders) are enabling a new kind of class distinction and enslavement? More pointedly, instead of witnessing the birth of the metaverse are we really witnessing the birth of a vast computer mediated prison culture? – a Second Life not in Philip’s sense, but in Podgorecki’s?