In the end, Pope Francis' gesture of an open arm toward the SSPX for the mercy jubilee can be seen in the context of a hope for full reconciliation, amid a history of positive signs punctuated by halts in discussions between Rome and the priestly society. May 20, 2016 Until then, Rome considered them as invalid because they lacked necessary jurisdiction. Shift away. The SSPX is now understood to have the Vatican’s draft of an agreement to sign to formalize regularization, but wants to make sure it has secure guarantees. “The ball is in their court,” a Vatican source told the Register May 12. 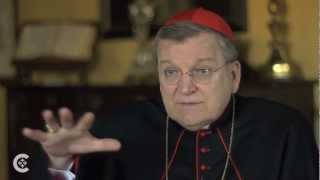 Earlier today I got a mail from a reader that informed my that Bishop Williamson, formerly of the SSPX, warned of an impending reconciliation between the SSPX and Rome.

The news is that the modernists in Rome are offering to the Society a « recognition by tolerance » without the need for any formal agreement or signed document such as raised within the SSPX so much opposition to a deal with Rome in the spring and early summer of 2012. Here is the essence of how the Society’s Second Assistant, Fr. Alain Nély, expressed it, with enthusiasm, to two members of religious Orders three months ago : « The solution for the SSPX will be its unilateral recognition by Rome…we will not be asked to sign anything…to see how things evolve…we shall see. »

Now I didn’t immediately put much (any) credence in the report since it comes from Bp. Williamson of the Diocese of Bonkers.

But then just a little while later comes this startling piece of informationfrom Rorate Caeli.

Rorate has learned and can exclusively confirm that Bishop Bernard Fellay, the Superior General of the Society of Saint Pius X (Fraternité Sacerdotale Saint Pie X – FSSPX / SSPX), was received by Pope Francis in the Domus Sanctae Marthae sometime in the past few months. In order to protect our sources, we cannot detail the date and persons involved in the meeting, but only generally locate it in time – if the current pontificate so far can be divided into two halves, the meeting took place in the second half.

Rorate goes on to say that Fellay was summoned to Rome and he went. Further, their sources tell them “The Pope has a true interest in resolving this situation.” 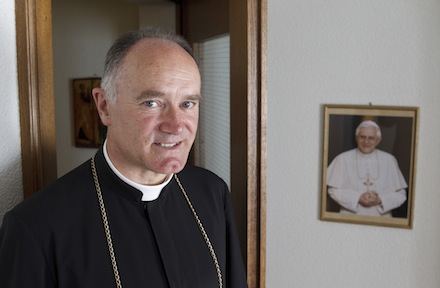 I have no illusions that is in any way likely at this point, but if this happens, I am totes taking credit for it. Remember this little thin I wrote in February?

So here is what I am asking. I ask the Pope to apply that wide generosity to the SSPX and to normalize relations and their standing within the Church. I am asking the Pope to do this even without the total agreement on the Second Vatican Council. Whatever their disagreements, surely this can be worked out over time with the SSPX firmly implanted in the Church. I think that the Church needs to be more generous toward unity than to insist upon dogmatic adherence to the interpretation of a non-dogmatic council. The issues are real, but they must be worked out with our brothers at home and not with a locked door.
Further, Pope Francis’ commitment to the aims of the Second Vatican Council is unquestioned. Were he to be generous in such a way, nobody would ever interpret it to be a rejection of the Council. How could it be? This perception may not have been the case in the last pontificate. Pope Francis is uniquely suited to this magnanimous moment.