See the Crossover Example Tutorial for more information.
What is a crossover?

People can hear sound frequencies from 20-20,000Hz.There is no one speaker capable of producing all frequencies throughout this range.Therefore, multiple speakers must be used. Usually, it is damaging for a speaker toproduce frequencies lower than what it was designed for. Also, if two speakers producesound at the same frequencies, then the sound at those frequencies will be louder.For these reasons, some type of circuit is necessary to make sure that each speakeronly produces a certain set of frequencies. That circuit is a crossover. 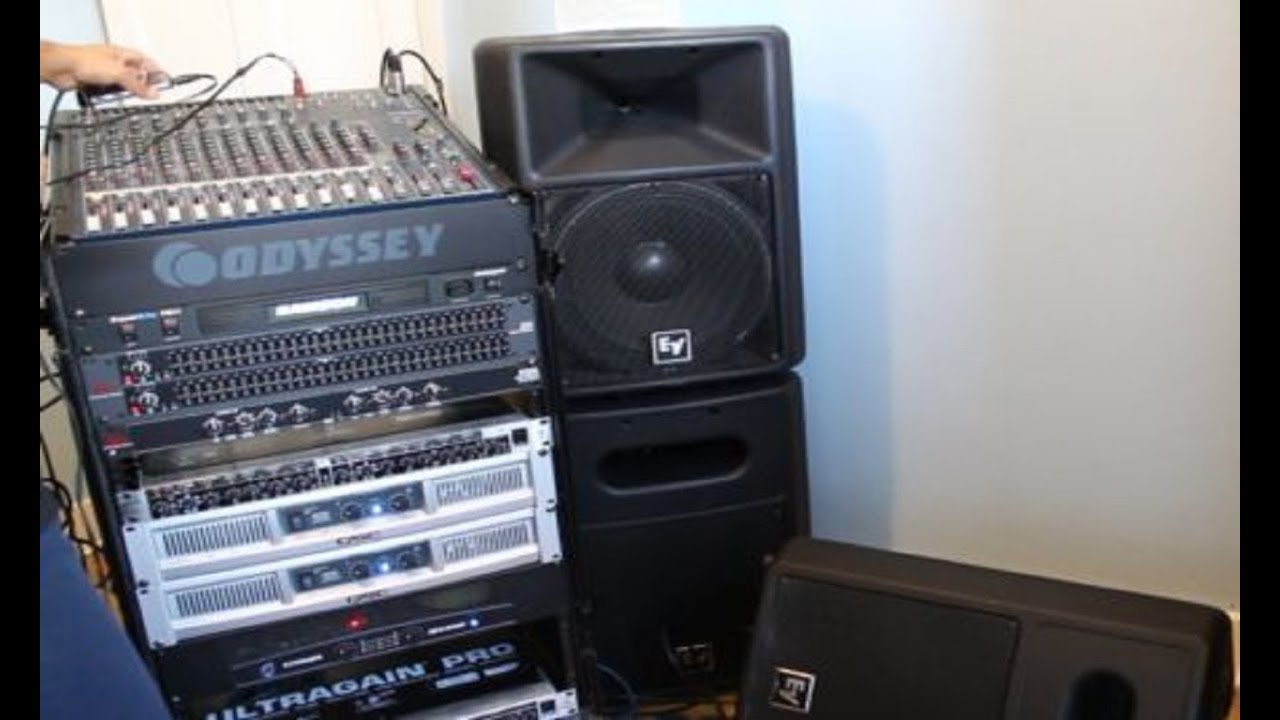 What makes a crossover?

Why build a crossover?

It is a lot cheaper and easier to buy a stock crossover instead of building one, butremember that a generic crossover has not been specifically designed for your speaker drivers.Every speaker is different and the circuit required to achieve optimal performance cannotbe found in a catalog. Stock crossovers also tend to use cheaper components likehigh resistance inductors that use thin wires.

What is phase shift?

Phase is the timing of a signal, and the shift is the degree of the delay that occurs onthe signal when passed through a crossover. Each order of crossover introducesa 90 degree phase shift. A 180 degree shift is an inverse of the wave. If 2 speakersare 180 degrees out of phase then they will cancel each other wherever they producethe same frequencies. Even with crossovers, both speakers will produce sound forseveral octaves beyond the crossover point. If this problem occurs, there will bea noticeable dip in the frequency response at the crossover point. To solve this problem,wire one, but not both, of the speakers backwards (+ to -). Usually, phase shift problemsonly occur with 2nd order (or 6th order) crossovers, but can also occur when usingmultiple 2-way crossovers in a 3-way (or more) speaker system. The only way to reallyfind and fix a phase shift problem is trying all possibilities in reversingthe speaker leads. If reversing the leads makes the system sound louder, then youknow you have fixed the problem.

What is inductive coupling?

Why do I need high quality crossover components?

Both inductors and capacitors will have some resistance. Usually, it is smallbut sometimes it can be greater than the resistance of the speaker itself. Since theentire crossover network is based on the resistance of the speakers, this can be verybad. For an 8 ohm woofer with a low crossover point, the inductor in the low pass filter could be16 ohms, or even higher. With a combined load of 24 ohms, the amp would not be puttingout anywhere near as much power as it should. There are several ways around this problem.The first is to buy expensive components.

What type of inductor should I buy?

Inductors are usually just a coil of copper wire, sometimes hundredsof feet long. Copper is the only realistic material to use. One way to lowerresistance is to use thicker wire. You can purchase a more expensive coil that uses a heavygauge wire. Moving from 19g to 14g increases the price by at least 5x's. Using silver increasesthe cost another 20x's. There are also copper foil inductors which are more expensive, butwork somewhat better. Some inductors have iron or ferrite cores in the middle of the coil.This core decreases the amount of copper wire needed for the coil, and therefore lowers the resistance.The problem is that these cores cause some distortion. For smaller inductors, use onewithout a core - an air core inductor. For the larger inductors required for the woofer's crossover,an air core inductor might not be feasible. In these cases, use a ferrite core.If you want to try to make your own inductor to save money, check out theInductor Calculator for information on winding your own coils.

What type of capacitor should I buy?

For capacitors, a polar Electrolytic capacitor is your basic type.They are cheap, but do not pass high frequencies well.Mylar capacitors are more expensive, but they are better for audio because theywork better at the high frequencies, and have less inductance and resistance. MetalizedPolypropylene capacitors are the best, but are also much more expensive.Again, be sure to investigate the resistance of these components before purchasing.

What type of resistor should I buy?

When selecting a resistor, you have to worry about both Resistance and Wattage.The power handling ability of a resistor is listed in Watts. Make sure your resistors can handleat least the Wattage requirements of your circuit. Metal oxide (MOX) layer resistors have no residual inductanceand are the best for tweeters and mid-range speakers. They typically don't have the power handling capabilityfor woofers, where Wire-Wound Sand Cast resistors should be used.

I can't find a inductor / capacitor / resistor of the value I need. What should I do?

When you buy inductors capacitors or resistors there are usually only certain valuesavailable. These values are referred to the E ranges are discussed inResistor Colors.That is why the values in the crossover tables for1st,2nd,3rd order Butterworth crossovers haveslightly different values than what the Crossover Calculator produces. These tables usecommonly available inductors and capacitors. If you cannot find the component you need, thengo with the closest match. You can also combine two components in Parallel or Seriesto get a different value that you can't find normally.

How do I combine 2 (or more) crossovers together in a 3 (or more) speaker system?

When working with 3 or more speakers, at least one speaker must be bandpass. Bandpass means that thespeaker has a high pass filter (HPF) that filters out low frequencies and letshigh frequencies pass through, and a low pass filter (LPF) that filters out highfrequencies and lets low frequencies pass through. In a 3-way system, only the midwill be bandpass. In a 4 speaker system, two of the drivers are bandpass.When wiring multiple speakers, you usually start with the largest speaker.All speakers above that one are run through the HPF.A possible 4-way system would look like this.

This diagram has been simplified, and only the positive (+) lead is shown, butyou get the idea. The reason for going woofer to tweeter is so that the HPF is beforethe LPF for each bandpass speaker. The inductors (coils) in a LPF have resistance.This resistance affects the impedance of the entire circuit.If you put the LPF before the HPF, the amp will not have a stable load to work with.

Although the diagrams in this document show each of the high speakers being run throughmultiple high pass filters, this is not necessary. In the above diagram, the inputfor the second and third crossover could be directly tied to the main input insteadof the high output from another crossover.

What order do I place the components in the crossover?

There is no standard as to which parts come first, but the common method is Crossover then L-Pad then Series Notch Filter.Note that the L-Pad and Notch Filters are not required in your crossover.